In this video I’m demonstrating how to do Herringbone Stitch from a Ladder stitch start. Herringbone (aka Ndebele stitch) gets its name from the way it causes the beads to lie, which is reminiscent of the ubiquitous Herringbone patterns surrounding us in everyday life, such as in textiles, brickwork etc, and was originally inspired by the look of the skeleton of a Herring fish. Herringbone stitch produces a wonderful beadwork textile and is just as versatile as all the other beadwork stitches; it can easily be worked flat, circular, tubular and in combination with other stitches. The thread pathway of the stitch causes the beads to lie in the beautiful rick-rack formation, which can really show off the characteristics of some beads, particularly sliver-lined beads, those with strong outlines e.g., Delica beads and those with cuts e.g., Czech Charlottes.

Like Peyote and Brick Stitch, Herringbone is great for weaving in a pattern; there are plenty of blank Herringbone Stitch grids available on the web for you to print out and then draw some patterns for beading, then simply select the bead colours you like and pick up the appropriate bead for each stitch – if you’re unsure of what I mean, I will be publishing a video showing how to do this. But first get some practise in the basic stitch!

Crystal Finger Candy Ring made with Swarovski round and bicone crystals and size 15º and 11º Miyuki seed beads.

This Beadschool tutorial is about Even Count Peyote Stitch - that means you are working on rows of an... read more

Stop press! News on the Amsterdam weekend workshops: I will be teaching Ysatis Bracelet on Saturday 16th March, and... read more 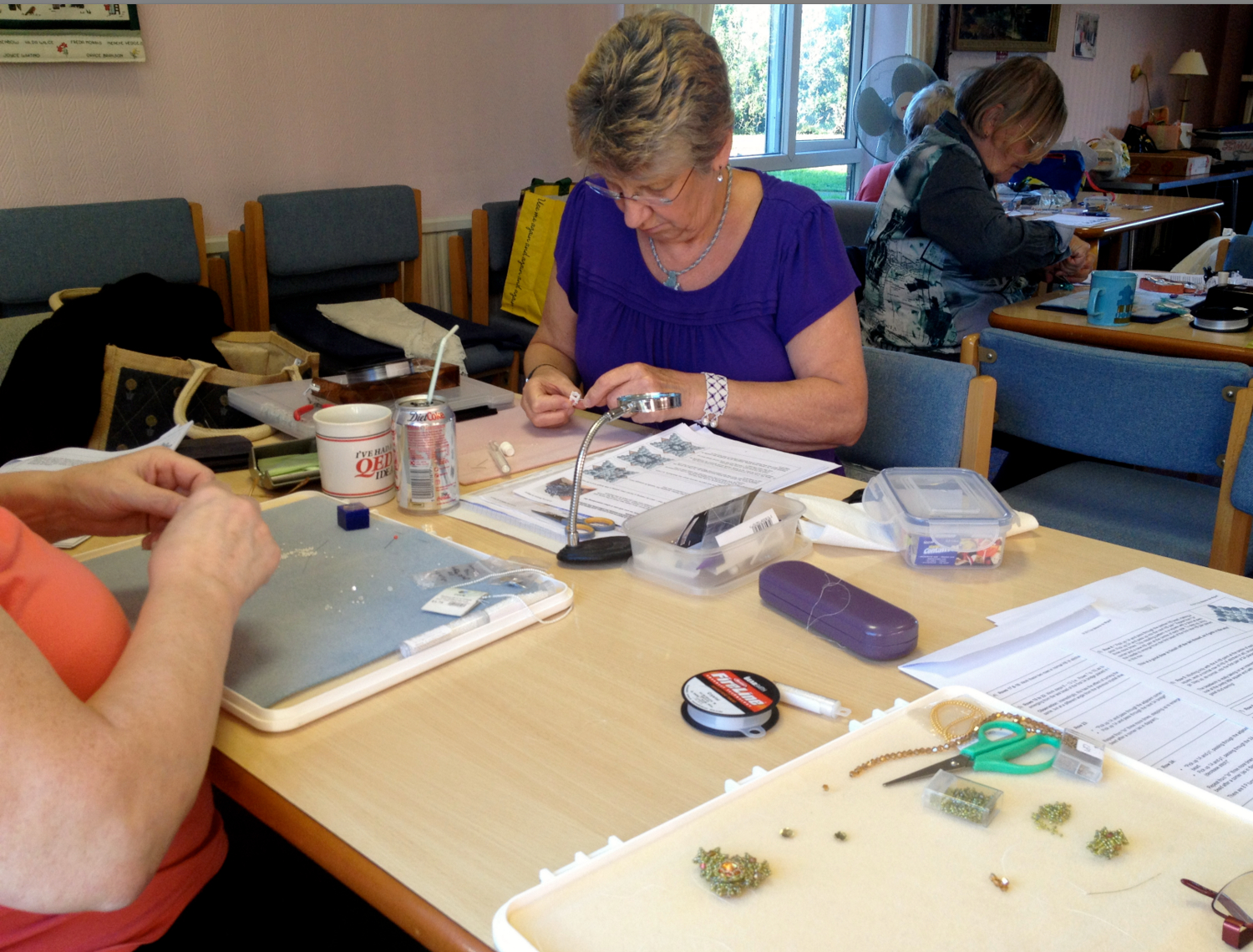 I spent a brilliant weekend in Nottingham, with the Abbey Road Beaders teaching my Byzantine Cross workshop. I was... read more

Following a stressful Christmas and January, I am slowly returning to normality with the exception of not allowing myself... read more

Wow, this year has passed so quickly, probably because I have been so busy. The new workshop, Fan-tastic Variations,... read more

Don't ask me why I fell in love with these huge, step cut, rectangle crystals that looked like pieces... read more